Stephen and Paul Dowd were two of the most highly touted prospects in baseball.  Stephen lived up to the hype with an amazing career in the Big Leagues. His bother Paul...never got off the plate. Now, after retiring from the game with an injury, Stephen is divorced, broke, and forced to consider a lucrative offer to film a Reality TV show about his life.  But the Producers don't just want Stephen, they want Paul and their fame-seeking younger brother, Kevin, as well.

Secondary Pitch is a biting new comedy about brothers, rivalry and the perfect pitch. 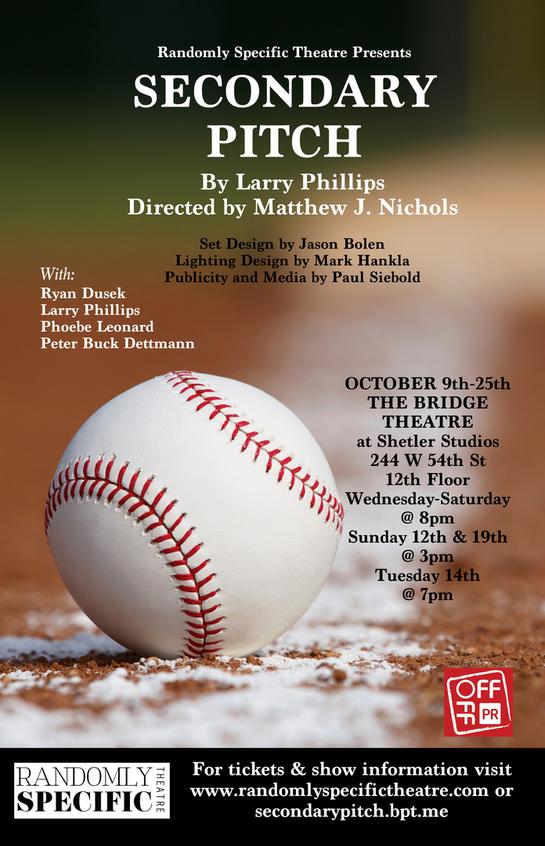