Billy Pezzollo (Mark)
Billy is an actor born and raised at the Jersey Shore. Making his debut theater performance with Randomly Specific Theatre. Billy was featured on Law and Order and other TV shows. He is currently studying at T. Schreiber Studios and is represented by Steinberg Talent Management here in NYC.

Isaac Moran (Marc)
Isaac is so excited to be back at the Chain Theatre for “This is Mark/c”, following his performance in “Fistful of Cake, Pocketful of Miracles” earlier this year. Intimate theatre a forever inspiration, he is eternally grateful for all members of cast and crew that make doing this possible. IG: @hi.isaacm”​

Cat Grey (Trish)
Cat is an actress, dancer and singer based in New York. Her recent film works include Goodbye, Petrushka and A Christmas Hero. She has performed in various stage productions including the Off-Broadway musical The Little Dancer, originating the role of Louise. She is an alumni of The American Musical and Dramatic Academy (AMDA). Cat is overjoyed and grateful to perform with the Randomly Specific Theatre Company!

Andrew Dilday (Scott)
Andrew is thrilled to be working with Randomly Specific Theatre for the first time. Originally from Virginia and going to school in Texas, Andrew found home in Brooklyn. A big fan of improv, he started his college improv group, Guerilla Troupe, that still thrives today at Baylor University. When not acting on the stage or screen, you can find him hosting trivia around town with NYC Trivia League. With a love for making sure people have a great time, performing is the only thing that really comes naturally to Andrew.

Rachel Oakes (Jodi)
Rachel is a graduate of the two-year conservatory program at New Actors Workshop and received her BA in Theatre in Educational and Community Context. She has performed in various improv troupes around New York and taught acting and improvisation classes for the New York Conservatory of Dramatic Arts, New Actors Workshop, and The People's Improv Theatre. Rachel was previously the Education Director for Jersey City Children’s Theatre, where she performed, directed, and designed puppets for a number of productions. Currently, she is the co-host of the music and comedy podcast, THE STORY SONG PODCAST.
​

Larry Phillips (Anson) and Playwright
Larry has written and appeared in: The Weekend Will End, Koalas are Dicks, Arbuckle Syndrome, Talent is Sexy, The Rise of Mediocrity, Plan G, Secondary Pitch, The Ladies of Glen Ross, The Other Harvey, Learning to Skip, Last Chance for Mama, Fistful of Cake, Pocketful of Mircales, and The Art of Acting: A Master Class with Fozzie Bear. He was nominated for 3 2019 NY Innovative Theatre Awards: Best Solo Performance and Original Short Script (The Art of Acting) and Best Ensemble (Plan G). He has received awards for both acting and writing from the New York Theatre Festival and Planet Connections Festivity. www.larryphillipsnyc.com

Gregg Pica - Director
Gregg is a Brooklyn-based director, actor, and producer. He most recently directed John Guerra’s The Last, Best Small Town with T. Schreiber Studio, and appeared as Jeff in Randomly Specific Theatre's production of Arbuckle Syndrome. Other directorial credits include The Donor Class with Nylon Fusion Theatre Company, A Conversation Before in FringeNYC, Tales with Teeth: Humpty Dumpty in the Planet Connections Theatre Festivity, Madame Égalité with TheatreMakers Studio, Dolores with Hi-Excellent Productions, The Flying Dutchman Boards the Staten Island Ferry at the Players Theatre NYC, and The Carpenter, The Flood, and the Fart in the Rogue Theater Festival. Thanks to Megan, without whom he wouldn’t be doing any of this. www.greggpica.com

Gylanni Carrington - Lighting Designer
Gylanni is a queer non-binary artist from pre-gentrified Brooklyn. Gylanni is an interdisciplinary artist with experience in various areas of theatrical design including costume, lighting, set design, and puppetry. They love new work, and projects that are weird, experimental, and concept-heavy with challenging design elements. An authority on aesthetics, they value performance art pieces that are a feast for the eyes. Gylanni has a B.A. in Theatre/Gender, Literature, and the Arts from Hunter College where they studied the impact and influence of art on society. Gylanni believes the future of art lies in diverse storytelling and prioritizes works that are inclusive and accessible. 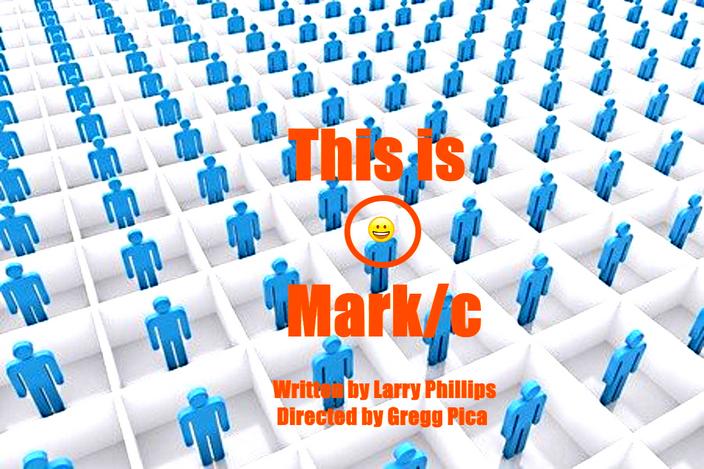 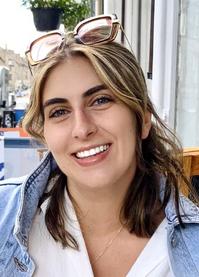 Mark is the most popular guy in the office. He's confident, charming, funny; the ladies want to be with him, the guys want to be him. He's top dog and he knows it!  When a new guy named Marc arrives, the office dynamics are turned upside down, throwing Mark's world into disarray. 'This is Mark/C' is a biting comedy about work place culture, who we perceive ourselves to be, and how others actually perceive us .