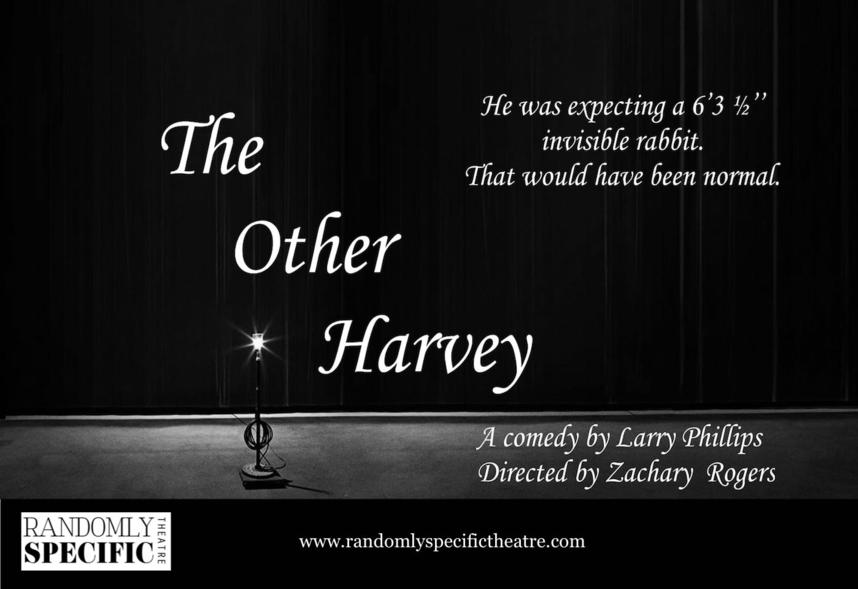 THE OTHER HARVEY
By Larry Phillips
​Directed by Zachary Rogers

It’s a very exciting time in Tom’s life. He’s starring in an Off-Broadway revival of the play “Harvey”, plus his wife is about to give birth to their first child. And Tom’s absolutely terrified. He’s convinced himself he’s going to be fired from the play and he’s unsure if he’s ready to be a father. With a baby on the way and his job on the line, it’s enough stress to make any sane person start hearing and seeing things…​