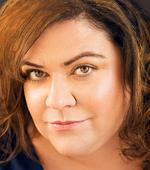 Max Frank, Scenic Designer
Max is an artist in and out the theater world, making his debut as lead set designer on The Ladies of Glen Ross. Prior to his return to New York, he worked in various creative roles on university productions and with the artists at Massachusetts’ Double Edge Theater. Having taken up the mantle more recently as co-set designer on A Marriage Contract at the Metropolitan Playhouse, as well as artistic director of A Marvel, A Miracle, America, a semifinalist in the New York New Works Festival. It is a privilege to work at a fuller capacity on this show.

Josh Hemmo, Lighting Designer
Josh is a NYC based Lighting Designer. Originally from Tucson, AZ where he received his BFA in Theater Production and Design from the University of Arizona. He has had the awesome opportunity of traveling and producing work all over the country. Notable credits include: Cleopatra: A Pop Experience (Theater for the New City, NYC), A New Brain (Florida State University), Moscow Ballet's The Great Russian Nutcracker tour (lighting director of West Coast tour), lighting fellow at Berkeley Repertory Theater and resident designer for the Post Playhouse's 51st season. jhemmolighting.com

Amanda Briskin-Wallace, Assistant Director
Amanda is an aspiring Teaching Artist in her final year at New York University studying Educational Theatre: Performance and Production. She has worked with Larry previously as a Stage Manager for The Art of Acting: A Master Class with Fozzie Bear and is excited to work with him again.

Megan Grace Martinez (Rebecca)
Megan is thrilled to be working with Larry and Randomly Specific Theatre again! This past summer, Megan performed in three NYTF Summerfest shows at the Hudson Guild Theatre, followed by Arbuckle Syndrome at Theatre 54 with Randomly Specific Theatre. Other recent NYC work includes the title roles in Dolores and Lila on the Wall at The Bridge Theatre, Harper Regan with T. Schreiber Theatre, and the short films 27 Dimensions, Popcorn Tree, Conversations with Sheryl, and Punch Line. Megan is a singer, voiceover actor, UCB-trained improviser, Muhlenberg College graduate, and a proud member of SAG-AFTRA. Love to Cakes.www.megangracemartinez.com

Dara Pohl Feldman (Emma)
Dara is an actor, singer, and theater-maker hailing from New York City. She is thrilled to be involved in the Ladies of Glen Ross! Most recently, she made her Off-Broadway debut in In the Spotlight at the Davenport Theatre. In April, Dara will appear in The Five Stages at the Producers' Club. Some of her favorite roles include Eilert Løvborg in Hedda Gabbler, Muffet Di Nicola in Uncommon Women and Others, and Leigh in Really, Really. Proud alum of the National Theater Institute, Connecticut College, and LaGuardia HS. darapohlfeldman.com.

Kace Parker, (Cheryl)
Kace recently moved to New York, and is excited to be making her NYC debut. She graduated from Southeastern Louisiana University in 2014, and after was very involved in regional theatre. Some of her past credits include Baskerville: A Sherlock Holmes Mystery (Actress One), Detroit (Mary), Vanya and Sonia and Masha and Spike (Cassandra), Julius Caesar (Casca), On the Verge (Mary), and Rosencrantz and Guildenstern are Dead (The Player).

Victoria Grazioli (Helen)
Victoria is a stage and film actor who has appeared regionally in the northeast regional premiere of the musical Hands on a Hardbody. She originated the role of Edithmarie in My Fathers Ashes for Original
Binding Productions where she is a founding member. She has appeared as Peter Quince in A Midsummer Nights Dream and the Nurse in R&J. Film work includes Sparrow, Freedom Ride, and The Doorman. She can currently be seen in the Amazon Prime comedy Millenniums.

Emma Wichhart, (Wendy)
Emma is delighted to be making her debut with Randomly Specific Theatre. She is originally from the suburbs of Chicago and holds a BFA degree in Musical Theatre from Kent State University. Emma was most recently a part of the Casting Cole - Cole Porter Revue cabaret at the West End Lounge, and Seth’s Talent Showcase at Don’t Tell Mama in Manhattan. Regional credits: Footloose (Urleen) and Sister Act (Nun Ensemble) at Porthouse Theatre Company. Everlasting love to her family. emmawichhart.com @heyheyemmafay

Meagan Moses, (Deirdre)
Meagan is an Oklahoma City native who calls New York City home. She is a graduate of the New Actors Workshop, a two-year acting conservatory where she studied acting technique and scene work under the guidance of Mike Nichols, George Morrison and Paul Sills. She has performed in several Off-Off Broadway productions by Lingua Franca Arts, Collision Theory, Alpha NYC, and Full Circle Theatre Company. She has performed in independent films by Nate Meyer Productions and Historia Films, and has earned acting awards from film festivals in the national circuit. She is thrilled to be kicking off 2019 with her Randomly Specific Theatre debut.

Janet Conroy-Quirk, (Linda)
Janet holds a MSW degree and enjoyed a rewarding career in social work before returning to acting. She has appeared in a wide variety of productions, including off and off-off Broadway plays and sketch comedy shows, and will be appearing in the feature film Outbound in 2019. Janet is a cast member of Realize Your Beauty, an educational theater troupe focusing on body positivity/empowerment for young people. Janet is also a writer and an advocate for the plus-sized community. Follow her at: Janetconroyquirk.com and Instagram: @janetconroyquirk


Kasey McNulty (Amy)
Originally from Massachusetts, Kasey is a graduate of the Atlantic Acting School and holds a BFA in theater from Salem State University. Recent theater credits include Lucia The Long Christmas Dinner, Lisette School for Husbands both with LoveCreek Productions and Gayle in The Devil is on the Loose with an Axe in Marshalltown with JCS productions. Check her out at Kaseymcnulty.com 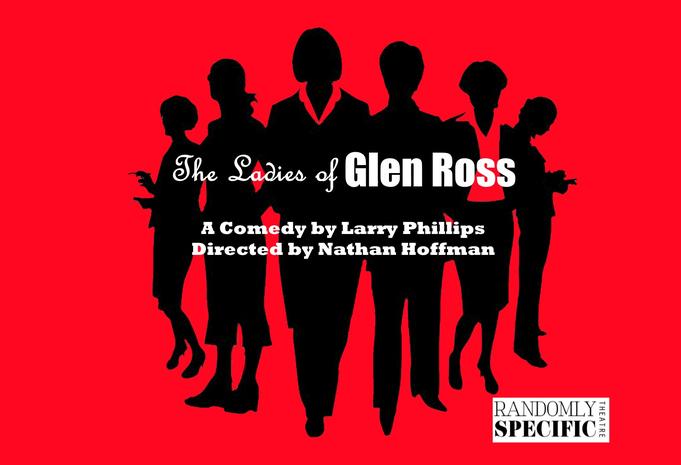 The Glen Ridge Community Theater is struggling to pick their spring production. With a membership that consists of only ladies, their choices are very limited. But when a young and hungry Director pitches them a non-traditional casting idea, this little community finds themselves playing with the big boys.
The Ladies of Glen Ross is a comedy of Mamet proportions! Get it? Mamet instead of Mammoth...come on. You know what...go f*** yourself!