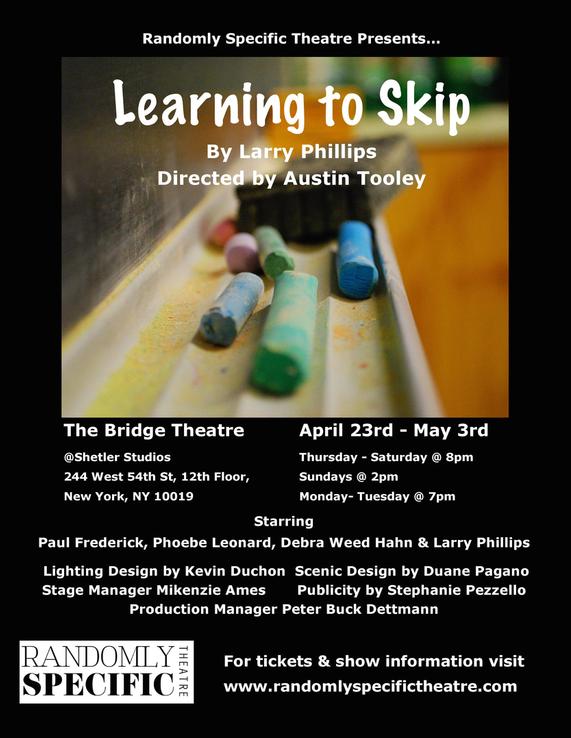 Nobody's perfect... except my child.

​When sweet and kindhearted Kindergarten teacher Pam reveals to Alpha-Mom Jill that her son may not be as perfect as she thinks, she has no idea she is setting off a powder keg. Jill's reaction to her son's shortcomings quickly lands Pam and her fiancé Doug in an increasingly bizarre situation that forever changes their lives. Now they must work together with Jill's trophy-husband Eric in order to put the pieces of this family back together.

Can Pam and Doug's relationship survive an unexpected change? Will Jill and Eric accept that a weakness in their child doesn't reflect poorly on their parenting? And how much peanut butter is too much peanut butter?

Learning to Skip is a hilarious new comedy from the company that brought you Secondary Pitch, which will keep you on your toes with every unexpected twist and turn.