Lauren LeBeouf  (Stephanie Talbert)
Lauren is a graduate of Atlantic Acting School’s evening conservatory, with additional training from UCB, Stella Adler and T. Schreiber Studio. Theater: Randomly Specific’s “Plan G” (NYIT Nomination for Outstanding Ensemble) and “Noises Off” (Shelton Theater in San Francisco). TV: “Grave Secrets,” “Homicide City,” and “I Am Homicide.” Lauren has starred in dozens of short films, many of which have played at festivals including Cannes, Series Fest, Manhattan Film Festival, NYC Independent Film Festival, and Big Apple Film Fest. Lauren produced, co-directed, co-wrote and stars in a comedy pilot pitch called "Stuck!" (stucktheseries.com), which has received 20+ festival selections and 30+ awards and nominations in 2020/2021. Lauren won Best Director in a Comedy at the New Jersey WebFest and was nominated for Best Actress. The pilot also garnered awards and nominations at the New Hope Film Festival, Santa Monica WebFest, Women's Comedy Film Festival in Atlanta, and the Queen Palm International Film Festival. Most recently, "Stuck!" screened at the Chelsea Film Festival in NYC and the Orlando Film Festival in Florida. It is currently screening at the NYC WebFest.  Lots of love to my family who made the trek from California to see the show! www.laurenlebeouf.com

Ursula Anderman (Jenny Street)
Ursula is delighted for the chance to work on this show! Hailing from Michigan she’s called NYC home for the last 10 years. In that time, she’s performed throughout the country from barns and bars to Carnegie Hall and the Kennedy Center. Past shows include That’s Miss Fits, to You! (NYC Fringe, Soho Playhouse), Steel Magnolias (The Depot), Crimes of the Heart (Broward Stage Door), The Glass Menagerie (Kentucky Stages), and Oliver (Kentucky Repertory). In addition to the stage Ursula’s had the chance to work on screen including films Laugh Killer Laugh and Terrifier as well as the pilot episode of Nunsense. Visit ursulaanderman.com for more.

Matthew Shortell (Tyler)
Matthew is a New York City actor and creative, having moved here after graduating from Cornell University, where he studied Psychology and appeared in several devised theatre works. Matthew is excited to be back on stage with a live audience. Favorite roles include Biff in Death of a Salesman and Trofimov in The Cherry Orchard.


Larry Phillips (Emerson Carter), Playwright
Larry has written and appeared in: The Weekend Will End, Koalas are Dicks, Arbuckle Syndrome, The Art of Acting: A Master Class with Fozzie Bear, Talent is Sexy, The Rise of Mediocrity, The Ladies of Glen Ross, Secondary Pitch, The Other Harvey, Must Win, Learning to Skip, Fistful of Cake Pocketful of Miracles. He was nominated for 3 2019 NY Innovative Theatre Awards; Best Solo Performance & Original Short Script (The Art of Acting), Best Ensemble (Plan G).  He has received awards for both acting and playwriting from the New York Theater Festival and Planet Connections Festivity. www.larryphillipsnyc.com

This is Ben’s 4th collaboration with Larry Phillips after directing Koalas Are Dicks for Randomly Specific Theatre (premiere and remount) and The Art of Acting: A Master Class with Fozzie Bear. Previous shows include Into the Woods, Complete Works of Shakespeare (Abridged), Ordinary Days, and The Bomb-itty of Errors as well as new works at the Samuel French OOB Festival (festival winner), MST&DA, the Metropolitan Room, and Studio Players. Ben served as assistant director on the national tour of The Producers, is the co-creator and director of Viper plays the Top Gun Soundtrack Live, and created and staged winning presentations for Fiddler on the Roof in Yiddish for BC/EFA. Much gratitude to this company for their dedication and great work. www.benliebert.com

Reid Sullivan, Lighting Designer
Reid is a Dallas transplant who is now living in Manhattan after graduating from the University of North Texas with a Bachelors in Theatre, and an emphasis on light design and direction. Currently, Reid is Lighting Director for STOMP at the Orpheum theatre, works as a free-lance director and lighting designer. Recent lighting credits include Life is a Dream (Gene Frankel Theatre)  Lilies: The Revival of a Romantic Drama (Theater Center), and common ground (UNT). IG: @CGPfilms
Website: reidsullivan1023.wixsite.com/website

Vanessa Vivas, Stage Manager
Vanessa is an actor, writer, director and multi-hyphenate creator based in Brooklyn, NYC. Most recently, she spent this past summer at Theatre Aspen assisting the mainstage season, and worked as Assistant Director on the "The Line", an original screenplay she wrote. Much love goes out to family, Jess, Ben, Larry, and this fantastic cast. For more and such, visit vanessavivas.com 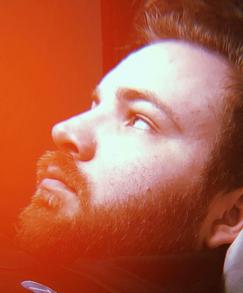 Stephanie Talbert’s days of being a powerful Hollywood player are numbered. The last several TV shows she’s developed have bombed; and the network brass is questioning her ability to deliver ratings grabbing TV. Desperate for a hit, she and her associate producer turn to an unlikely source for inspiration.
Last Chance for Mama is an acidic comedy about the price you must pay to get and stay ahead in Hollywood. 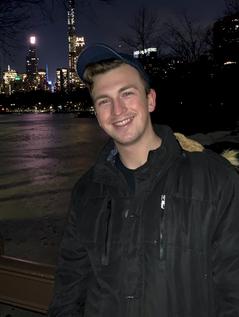 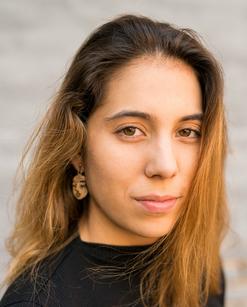 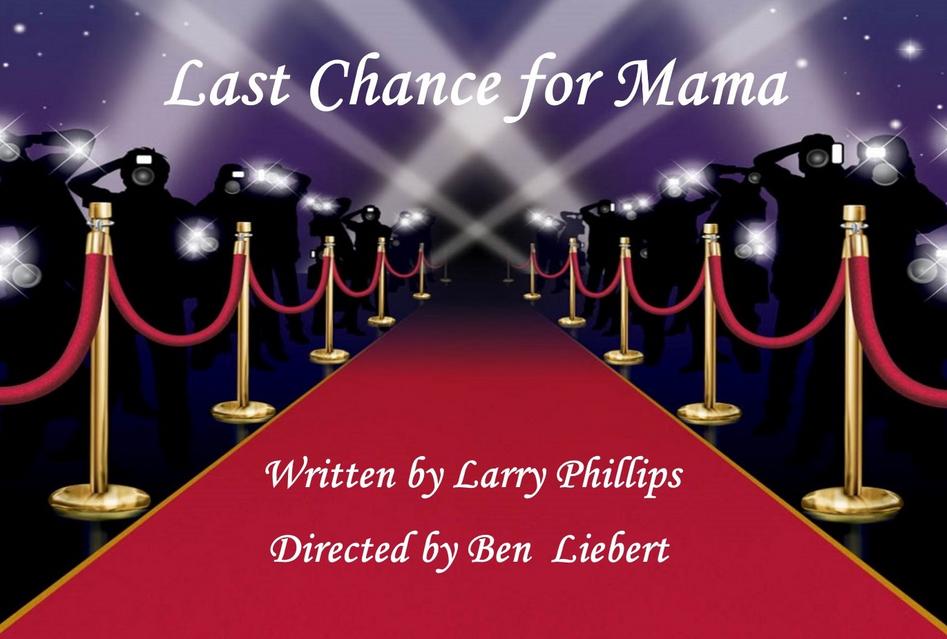