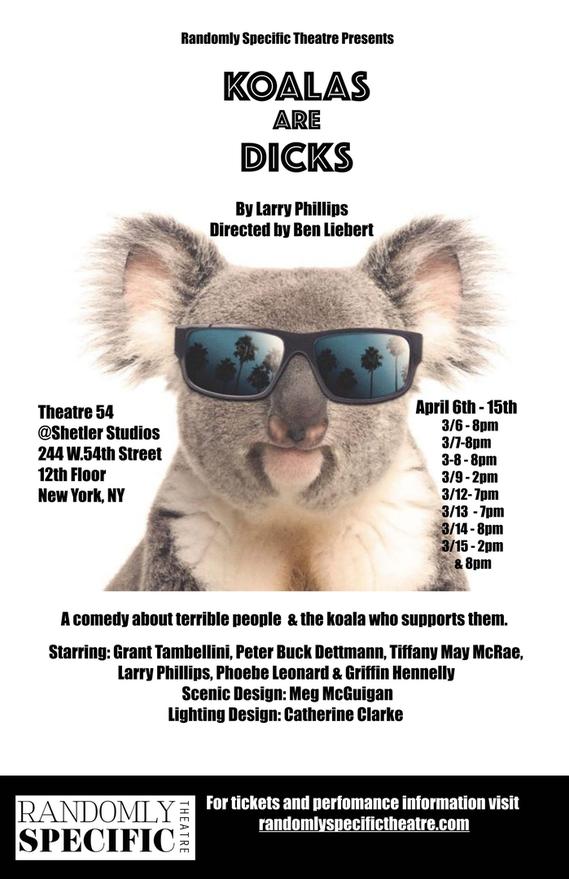 KOALAS ARE DICKS
By Larry Phillips
Directed by Ben Liebert

A comedy about terrible people and the  koala who supports them.

Brody, America’s favorite TV koala, has stormed off the set of his hit sitcom 'Koala in the House' and refuses to return to work until the producers agree to meet his demands for full creative control.

Holed up in a sleazy LAX motel, Brody has enough booze and drugs to last for months.  Desperate to get him back on track his agent, wrangler, and co-star try to make him see reason.  But is their concern for Brody's future? Or their own?

Koalas are Dicks is a dark Hollywood comedy about terrible people and the koala who supports them.