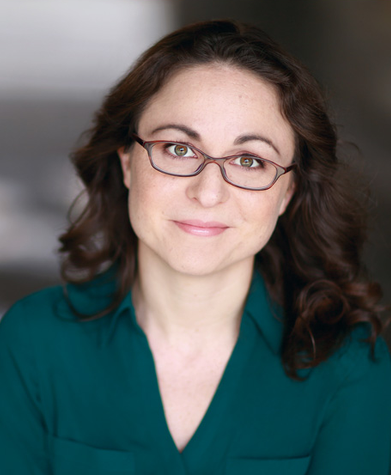 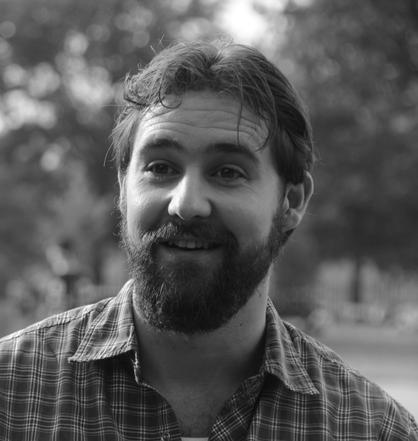 Larry has written and appeared in: Koalas are Dicks (Theater 80), The Weekend Will End (Theatre 54), The Other Harvey (Theatre 54) Must Win (14th St. Y), The Rise of Mediocrity (Hudson Guild), Secondary Pitch (The Bridge), The Art of Acting: A Master Class with Fozzie Bear (LaTea), Last Chance for Mama (LaTea), Fistful of Cake, Pocketful of Miracles (Wild Project), Learning to Skip (The Bridge). He has received awards for playwrighting and acting from the New York Theater Festival and Planet Connections Theatre Festival and is a founding memeber and producer for Randomly Specific Theatre. http://www.larryphillipsnyc.com/

Phoebe is an Australian born actor, writer, producer and founding member of Randomly Specific Theatre.  Since relocating to New York her theatre credits include Secondary Pitch, Learning to Skip, Accumulated Heartbreak Disorder (Actor/Writer) and Koalas Are Dicks for Randomly Specific Theatre, Othello: The Panther, Salome: Da Voodoo Princess of Nawlins, and Black Footnotes for Rebel Theater and The R Word for Our Workshop East. In 2017 she directed Fistful of Cake, Pocket Full of Miracles by Larry Phillips for the Fresh Fruit Festival.

Australian Theatrical credits include Telling Tales, The First Stone Thrown, A Line In The Dust, Love, Death and A Little Madness and A History Of World Theatre for the Hayes Gordon Repertory, Angry Young Woman In Low Rise Jeans With High Class Issues for Stella Green Productions, and Stairwell (Writer/Actor) for Operating Theatre.

Phoebe is a graduate of the Ensemble Studios, Australia and the New York Film Academy Screenwriters Program.  ​

Dating is tough. Dating in you late 30's is really tough. Dating in your late 30's with crippling social anxiety... terrifying.  Despite these hurdles, and questionable advice from the worst wingmen ever, Troy is ready to take a chance on love.  Even if it means falling head over heels into heartbreak.

Arbuckle Syndrome is a delightfully dark comedy about getting out of your head and into the world.

ABOUT THE CAST & CREW

​Born and raised in Sydney, Australia, Peter Buck Dettmann studied English and Theater Studies at Yale University, earning his BA in 2005. Since then, he has worked as an actor on stage, film and radio in Sydney and New York, and has trained with NIDA in Sydney and the Stella Adler Studios in Manhattan.

As a producer, his credits include Secondary Pitch, Accumulated Heartbreak Disorder and Koalas Are Dicks for Randomly Specific Theatre. As an actor, he has appeared in Revenge and Guilt for After Midnight Productions, Othello at the American Theater of Actors, Merchant of Venice with the Oxford Shakespeare Company, Angry Young Women in Low Rise Jeans with High Class Issues for KADM Productions, Traitors, A Clockwork Orange, The Vampire Lesbians of Sodom and Don Juan In Soho for the New Theatre and References to Salvador Dali Make Me Hot at the Tap Gallery.
A founding member of Randomly Specific Theatre, Arbuckle Syndrome marks his New York debut as a director. 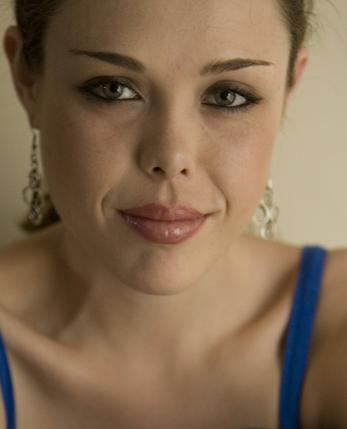 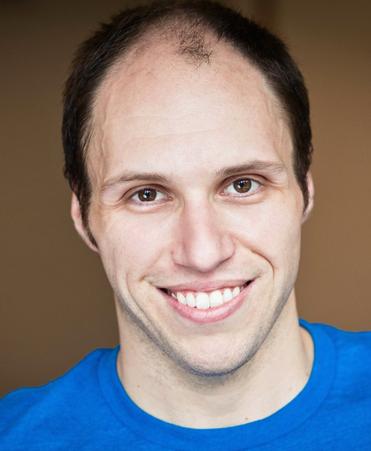 Gregg Pica (Jeff) is a Brooklyn-based actor, director, teacher, and dramaturg. He has acted in and directed numerous plays and films in New York and Philadelphia, and has been teaching actors of all ages for over 15 years. Gregg is a frequent director for Nylon Fusion Theatre Company's This Round's on Us, and is the co-founder of Hi-Excellent Productions, which recently produced two one-act plays by Edward Allen Baker: Lila on the Wall and Dolores, which he also directed. He received his Master’s degree in Theatre from Villanova University.  Many thanks to Megan for her boundless love and support. 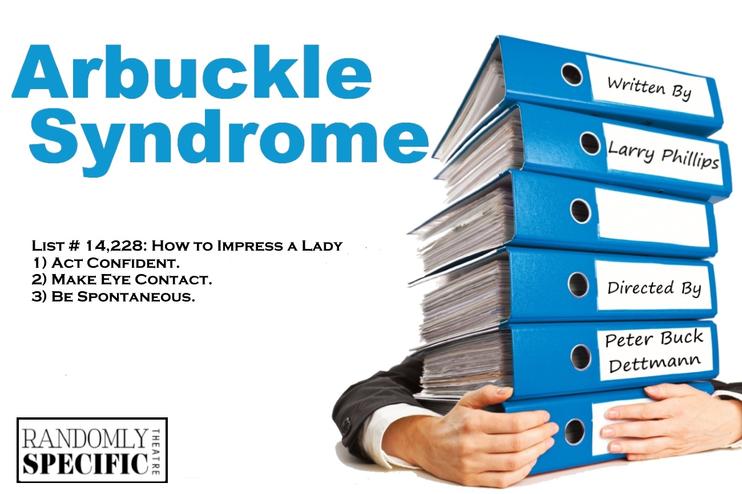 ​Megan Grace Martinez (Kim) is thrilled to make her debut with Randomly Specific Theatre! This past summer, Megan performed in three NYTF Summerfest shows at the Hudson Guild Theatre: Anne Frank Lives, Between Panic & Desire, and Maximalista. Other recent NYC work includes the title roles in Dolores and Lila on the Wall at The Bridge Theatre, Harper Regan with T. Schreiber Theatre, and the short films 'Popcorn Tree', 'Conversations with Sheryl', and 'Punch Line'. She co- wrote, produced, and starred in the short film '27 Dimensions', which was honored at several film festivals, and has performed in the Philadelphia, New York, and Edinburgh Fringe Fests. Megan is a singer and voiceover actor, a UCB-trained improviser and Muhlenberg College graduate, a fixture of Peter Jensen’s scene study at T. Schreiber Studio, and a proud member of SAG-AFTRA. Boundless love and gratitude to Gregg Pica. www.megangracemartinez.com 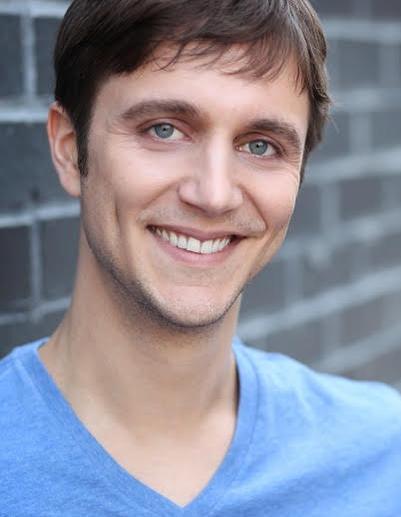 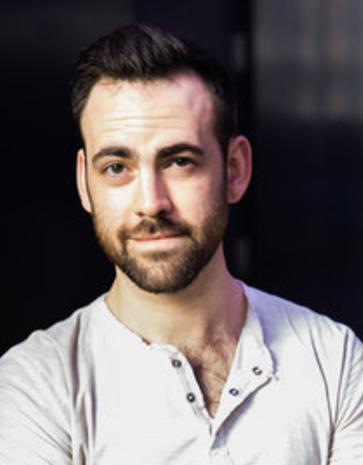 Born in Texas and raised in Tokyo, Max is a New York City-based actor, improviser, and yogi with a penchant for people and a knack for roguish charm.
Stage credits include Hamlet (Torn Out Theatre Company), The PennyPan Cabaret (Nuyorican Poets Cafe & New York New Works Festival), Murder on the Nile (Clear Creek Theatre), Legally Blonde the Musical (Clear Creek Theatre), and A Very Potter Musical (University of Arizona).
Recent TV credits include 'The Marvelous Mrs. Maisel' (Amazon),' Odd Mom Out' (Bravo), and 'Stop the Threat' (ATSN). Recent film credits include 'Fatherhood' (APlus), 'Incipient' (LNC Productions), and 'Them Feels' (Masego Productions).
When not on stage, Max can be found making people laugh at the Magnet Theatre, training with the inestimable Tom Todoroff at the Player’s Theatre, or traveling to exotic lands around the globe.
Check out more of Max's work and adventures on his website (www.MaxWingert.com) or on Instagram (@MaxWingert).