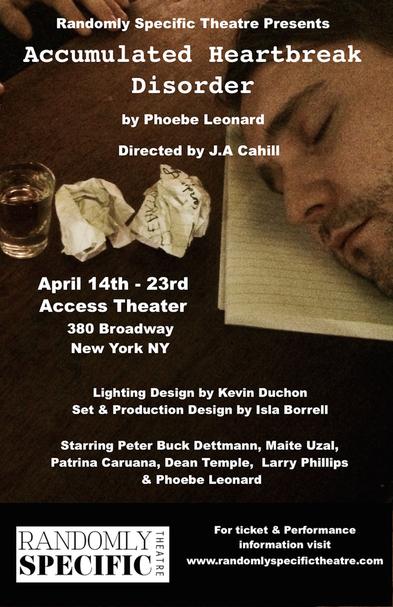 Lovesick? Heartbroken? There’s a cure for that.

Accumulated Heartbreak Disorder is set in the offices of Pulse magazine and the nearby dive bar where the journalists spend much of their time and most of their money. Our play tells the story of hard edged magazine editor Samantha and heartbroken environmental reporter Rob, as they investigate a pharmaceutical company that claims to have discovered a “cure” for heartbreak. As they are alternately assisted and encumbered by Sam’s Girl Friday Millie, garrulous magazine owner Tony and wordly wise bartender Barry, fast-paced hilarity ensues.